Termites and ants have been at war for millions of years. The contest doesn't seem a fair one, however, since not only are many ant species much larger than their opponents, but termites are blind, or nearly so, and equipped with less powerful jaws and weaker chemical defenses. Now, it has been discovered that termites make up for this with their sensitivity to ants' footsteps.

Many species of ants, on becoming aware of neighboring termites, will launch full-scale attacks, wiping out entire colonies. Yet the two species are often found within a few body lengths of each other.

Dr Sebastian Oberst, then at the University of New South Wales, explored this paradox and found termites step delicately, producing as little as a hundredth of the floor-shaking vibrations of an ant of the same size. Most ants, relying on sight and smell, are not all that sensitive to sound and probably wouldn't hear the termites if they were wearing hobnailed boots. Meanwhile, because they're not confused by their own species' silent footfalls, termites have the opportunity to pick up the noises of those who present a threat.

Naturally, entomologists are fascinated by this behavior, but there are practical reasons to investigate it as well. For one thing, termite control is expensive. After discovering termites were using sound to avoid their enemies, scientists proposed using tiny speakers to play the noises these wood-eating insects fear as a way to keep them away from timber buildings. However, Oberst told IFLScience this has not worked so far. “No one knows the acoustic signature the termites avoid,” Oberst said.

This may be about to change however. As reported in Ecology Letters, Oberst constructed an exceptionally sensitive system to allow him to record the footsteps of insects that weigh a few milligrams. “I had to enter an anechoic room which absorbed all sound reflections and that was decoupled from the building, but still we picked up vibrations from people in the building,” Oberst said in a statement. “We had to decouple the equipment within the room. The vibration of some termite species are so tiny that you wouldn’t feel them walking on your skin.” He remains uncertain how termites actually do this.

Any evolutionary development eventually attracts a counter, and Oberst found that the green-headed ant, which feeds on termites, has learned to walk softly and carry a big jaw so it can catch its prey unawares. Six other ant species he tested, however, have stomped on regardless, allowing termites to maintain their perilous place in the ecosystem.

In addition to the potential for termite control, Oberst hopes that if he can work out how termites move so quietly, it will be of interest to robotics engineers. 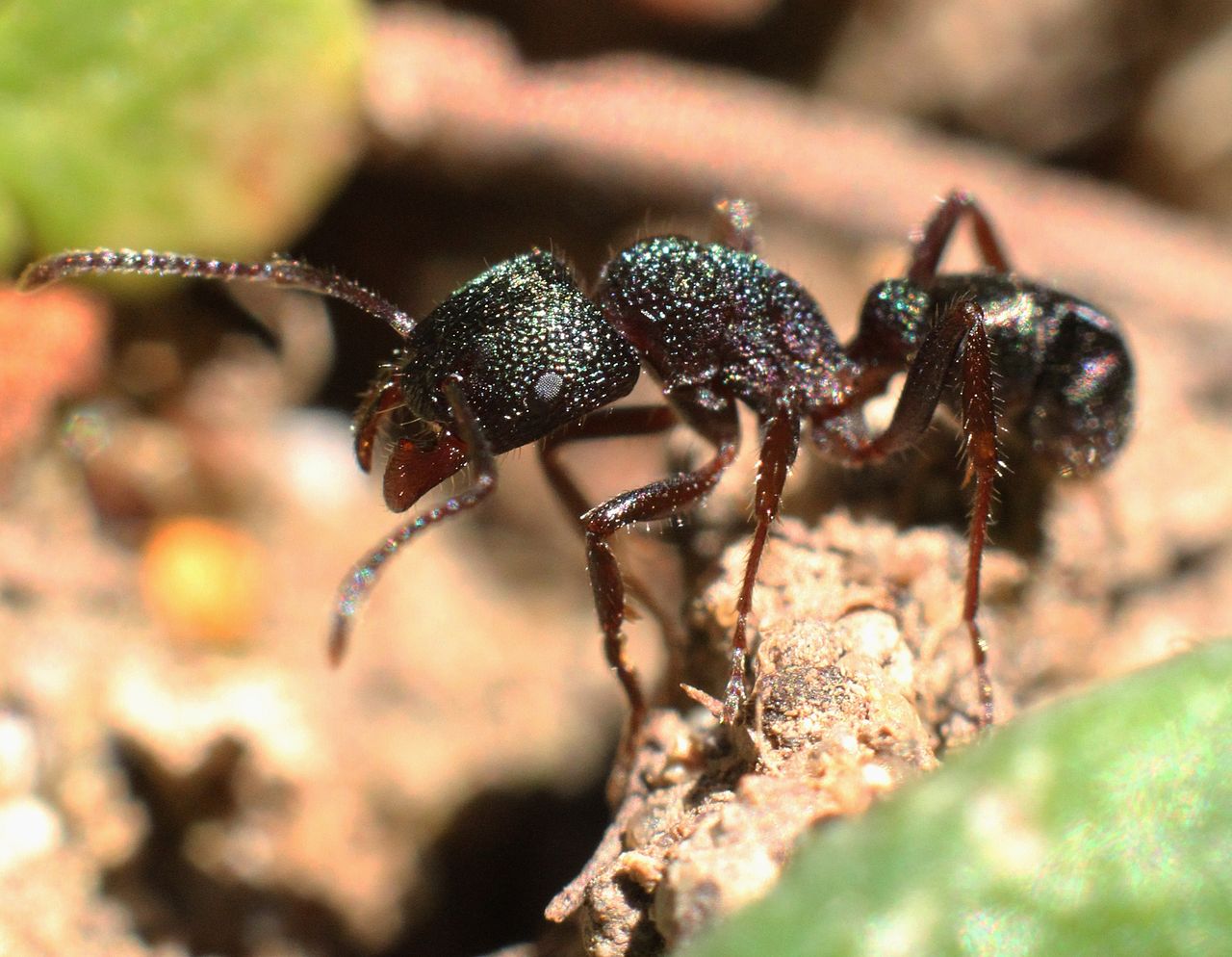 Green-headed ants are the one species known to have worked out how to walk as quietly as termites. Steroid Maximus - CC BY-SA 3.0 via wikimedia commons.