Maternal instincts may be partially caused by structural changes that occur in the brain when a woman gives birth, and which last for at least two years. Most of these alterations take place in the parts of the cerebral cortex that are involved in reading the intentions and feelings of others, and may therefore enhance new mothers’ intuition of their babies’ needs.

As part of a new study appearing in the journal Nature Neuroscience, researchers used MRI to scan the brains of 45 women, 25 of whom became mothers for the first time during the study period, while the other 20 remained childless. They also looked at the brains of 19 first-time fathers and 17 men who did not have kids.

The women who became pregnant then underwent another scan shortly after giving birth. When comparing all groups, the researchers discovered that the new mothers displayed significant decreases in gray matter in the anterior and posterior cortical midline, as well as parts of the bilateral lateral prefrontal and bilateral temporal cortices.

These same brain regions were then found to become active when mothers viewed pictures of their own babies, but not when they saw other children, suggesting that these structural changes may help to increase their connection to their kids. 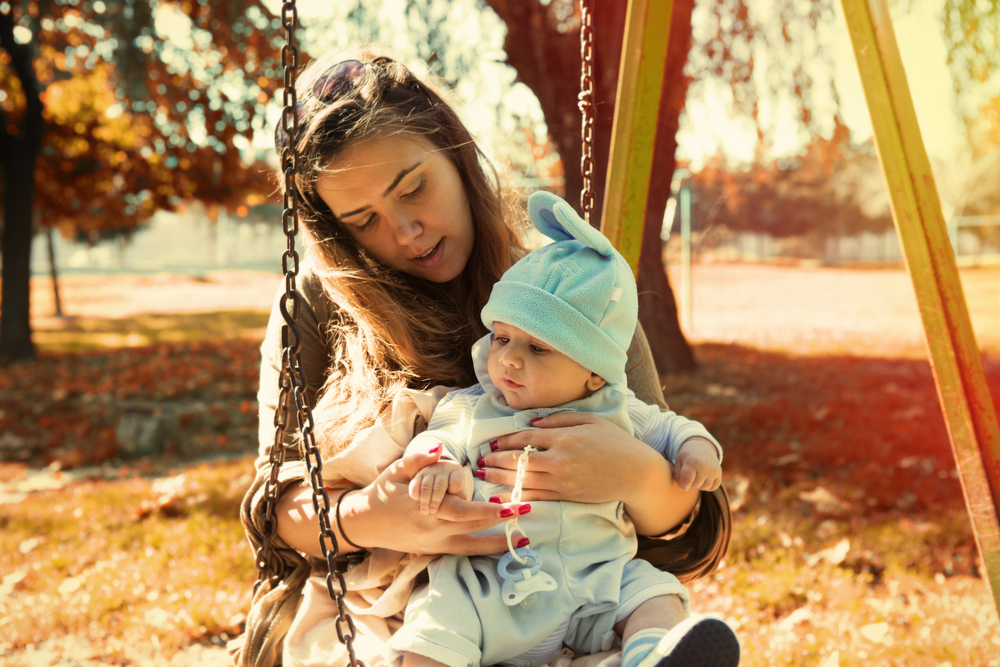 Structural changes to the brain may help to promote maternal instincts for at least two years. VioNet/Shutterstock

Interestingly, these same brain regions tend to shrink when girls go through adolescence, as unnecessary brain connections are “pruned”, leading to enhanced cognitive and emotional processing. The researchers write that the continuation of this process after childbirth may enhance “a mother's ability to recognize the needs of her highly altricial child, to decode social stimuli that may signal a potential threat, or to promote mother–infant bonding.”

In teenage girls, this cortical streamlining is brought on by hormones like estradiol, leading the study authors to speculate that hormones may also be the cause of this phenomenon during childbirth.

Two years later, the researchers conducted follow-up scans on all of the new mothers that hadn’t gone on to have a second child, and found that these changes to their brain structure were still present.

Interestingly, brain alterations are also seen in rodent mothers, helping them become better at foraging so that they can provide for their young. Obviously, humans and rodents developed under completely different evolutionary pressures, and our species relies more on social cognition than scavenging abilities. Yet in both examples, the neurological impacts of giving birth appear to help new mothers provide for their babies.