Moon, Moon, Moon. It seems all anyone can talk about at the moment is missions back to our lunar companion.

As reported by Reuters, NASA might test out a new radiation shield for astronauts on its upcoming mission to the Moon in late 2018. This will see an Orion spacecraft, launched on the Space Launch System (SLS) rocket, sent around the Moon before returning to Earth.

Developed by Tel Aviv-based company StemRad, which has designed safety equipment for nuclear disaster sites Chernobyl and Fukushima, the AstroRad Radiation Shield is a vest that will be strapped onto a dummy. Each vest would be tailor-made to each astronaut, using non-metallic materials to protect their organs.

It is designed to protect human tissue from solar radiation, with a view to one day using it to protect astronauts on missions to Mars. Solar flares pose a particular risk for these deep space missions, with astronauts needing a way to cope with the intense bursts of radiation from the Sun.

"This product will enable human deep space exploration,” StemRad CEO Oren Milstein told Reuters. “Our breakthrough has come in creating the architecture of the multi-layered shield to accurately cover the most important organs.” 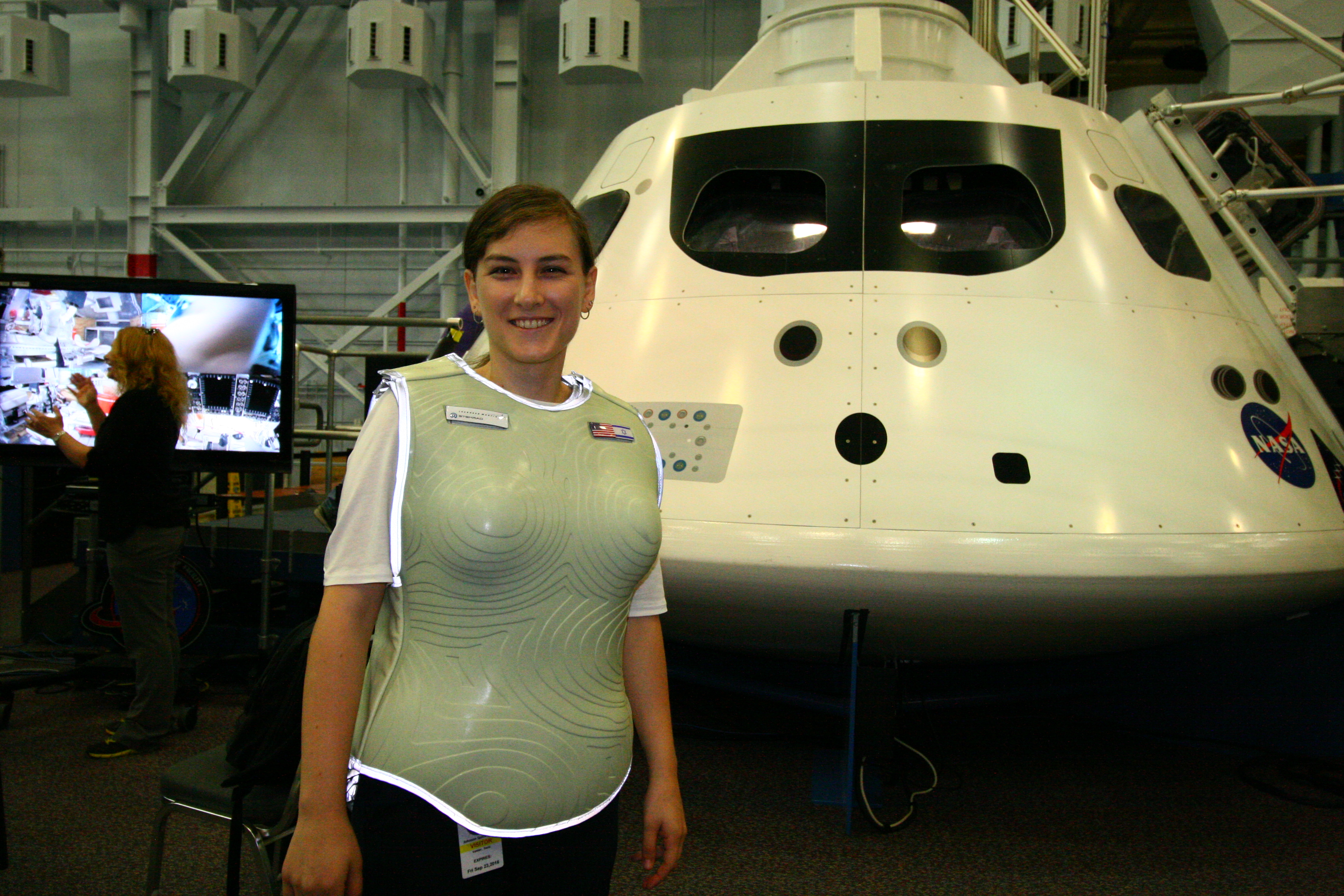 StemRad employee Dana Vaisler shows off a prototype of the vest at NASA's Johnson Space Center in Houston. StemRad

The idea is that two dummies will fly on NASA’s Orion mission. One will have the vest on, while another will not, to see how the two cope with radiation. This could prove useful in the future, when astronauts move beyond Earth orbit, where our planet’s magnetic field keeps them largely safe.

According to Globes, the Israeli Space Agency and the Ministry of Science, Technology, and Space signed an agreement with the German Aerospace Center last month to launch the vest on Orion. The latter is involved in researching the effects of deep space radiation on the human body.

“StemRad's suit protects mainly bone marrow, the lungs, chest, stomach, intestine, and the ovaries among women,” said Globes. “These organs are particularly sensitive to the formation of malignant tumors as a result of exposure to radiation. The suit itself is made out of hydrogen-rich materials [ideal for stopping ionized particles] and worn like a vest.”

NASA is currently considering whether to put astronauts on this mission or not, called Exploration Mission 1 (EM-1), which may delay it until 2019. Last week, SpaceX announced they were planning their own manned mission around the Moon in late 2018, with two private citizens having signed up.

Regardless of whether NASA flies astronauts on this mission or not, this could be an important bit of research on the journey to Mars, helping us understand how astronauts will survive the trip.