The world’s smallest porpoise, the vaquita, is endemic to Mexico, and, sadly, looks like it could go extinct by 2022. Enter an unlikely source of rescue: US Navy-trained dolphins.

The military mammals and their handlers are to be deployed to Mexican waters to help locate, round up, and protect the critically endangered vaquitas, with the plan of moving them to a temporary holding pen in the Gulf of California.

Speaking to the Associated Press, Jim Fallin of the US Navy Space and Naval Warfare Systems Center Pacific confirmed the involvement of the Navy Marine Mammal Program (NMMP), which is expected to be carried out this spring.

The NMMP has previously trained dolphins to use their sonar, or echolocation, to locate sea mines, and now they are hoping that sonar can also be used to help locate the elusive vaquita, with the dolphins notifying their handlers when they have been found.

"Their specific task is to locate," Fallin said. "They would signal that by surfacing and returning to the boat from which they were launched."

Lorenzo Rojas-Bracho, the chairman of the International Committee for the Recovery of the Vaquita, explained that the project has “two primary goals: determining the feasibility of locating and catching vaquitas, as a phase one. And as a second phase, to determine the feasibility of temporarily housing vaquitas in the Gulf of California.”

Vaquitas (Phocoena sinus) only live in the northern part of the Gulf of California and currently hold the title of world’s most endangered cetacean. It's thought that there are only a few dozen left, down from around 60 last year. With a decrease in population of around 40 percent a year, the porpoises will likely “decline to extinction by 2022,” according to Rojas-Bracho. 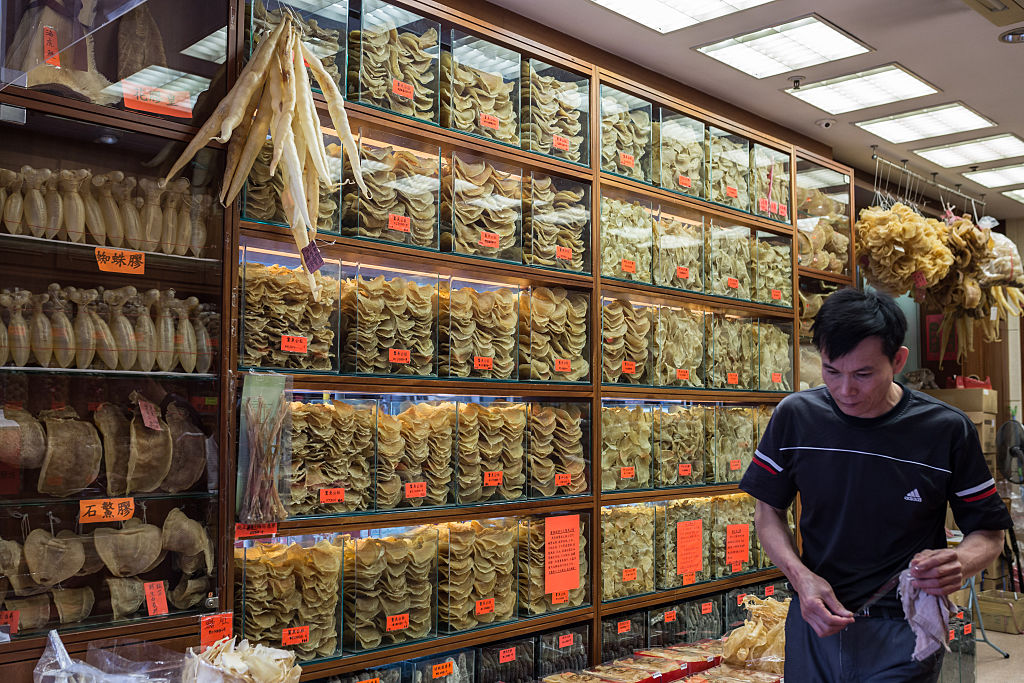 This is what the vaquitas are up against. Totoaba bladders are considered a delicacy in China. ANTHONY WALLACE/AFP/Getty Images

The rare porpoises are the unfortunate victims of illegal fishing for totoaba, the bladder of which is considered a delicacy in China. Mexico has banned gill nets, which the vaquitas get caught in, but has struggled to enforce the ban as the demand for totoaba is so high.

Vaquitas have never been held successfully in captivity, so experts are hoping that by creating “floating pens” in a safe bay of the Gulf of California, the porpoises will be protected and hopefully able to breed while still being in their native waters.

The catch, capture, and enclose approach is risky though, and not everybody agrees it is the best approach. If any of the females die during the operation, future breeding will be in peril. However, experts involved in the operation are keen to stress that this is to be a temporary sanctuary while the real priority is to enforce the gill net ban, making the vaquitas’ environment safe again.

environment
Blood Falls In Antarctica Oozes A Gruesome Red, And Shows Life At Its Most Extreme