One of the biggest barriers to treating Parkinson’s disease is the fact that the disorder has no known cause, meaning it can’t be diagnosed until symptoms begin to appear. Yet that could be about to change, thanks to new research that has identified a key early warning sign that could allow doctors to identify those at risk of the disease up to 20 years before its effects are felt.

People who suffer from Parkinson’s tend to display a build-up of a protein called ?-synuclein in the brain. It is almost impossible to predict whether someone will develop this protein accumulation, although a tiny number of people actually have a genetic mutation that makes them extremely susceptible to this.

Researchers managed to track down 14 people with the relevant mutation to the SNCA gene, which is believed to have its roots in the Peloponnese in Greece, later being carried to parts of Italy. Of these, seven already suffered from the physical symptoms of Parkinson’s, while the other seven did not.

Writing in The Lancet Neurology, the study authors describe how they used a technique called positron emission tomography to scan the brains of these 14 participants, comparing them to 65 other Parkinson’s sufferers who did not have the genetic mutation, as well as 25 people without the condition.

Most of the symptoms associated with Parkinson’s disease – such as reduced motor skills and cognitive functions – are associated with deficiencies of the neurotransmitter dopamine, although there is evidence that the brain chemical serotonin could also be involved. 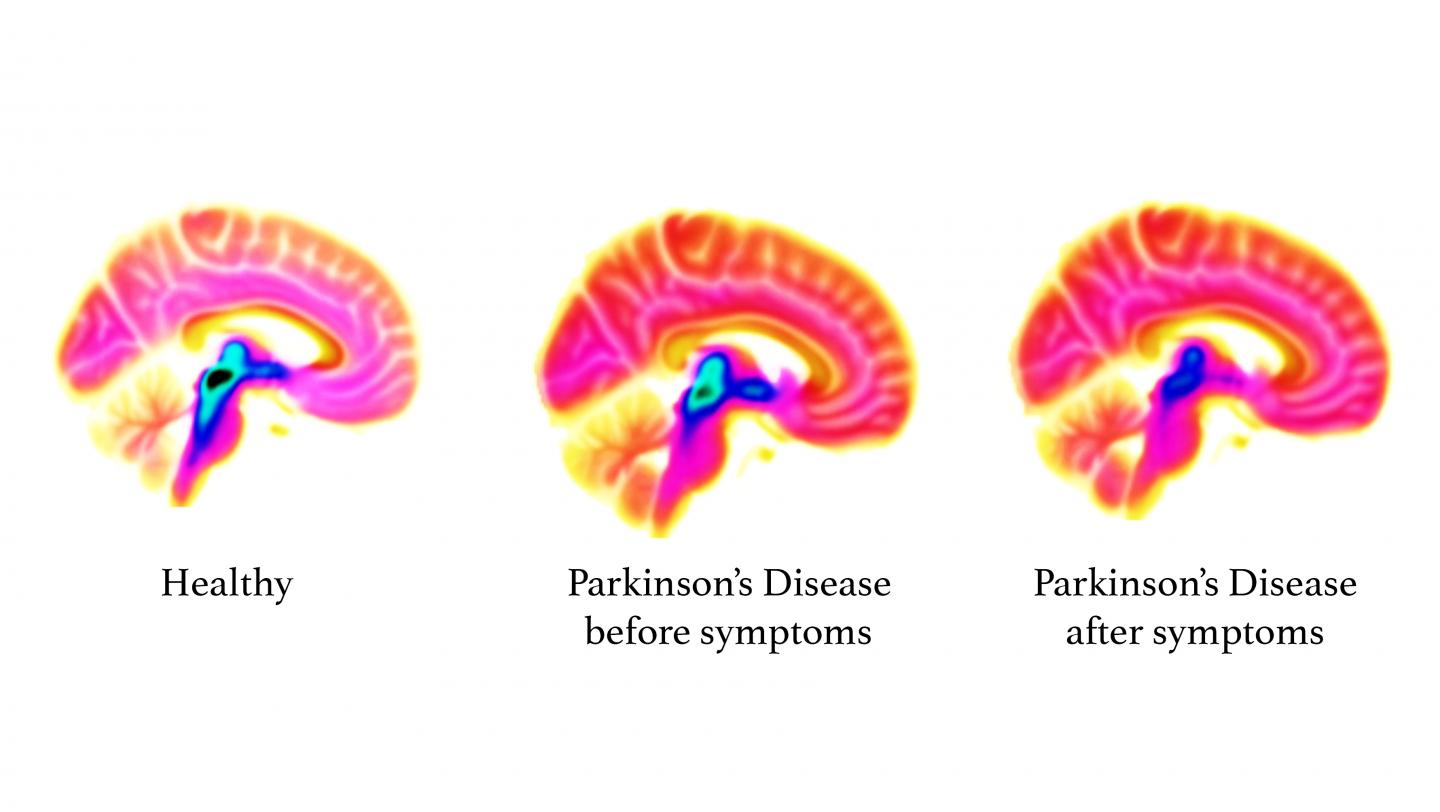 Reductions in the blue/black region correspond to a loss of serotonin neurons in people who are susceptible to, or suffering from, Parkinson's disease. Image: Neurodegeneration Imaging Group, King's College London

The scans revealed a loss of dopamine and serotonin neurons in all of the Parkinson’s sufferers involved in the study, regardless of whether they carried the SNCA mutation. However, carriers of the mutation who had not developed any symptoms were found to have a deficiency of serotonin neurons in many brain regions, yet no loss of dopamine neurons.

Compared to the healthy participants, those who carried the gene but showed no signs of Parkinson’s had lost up to 34 percent of their serotonin-producing cells, around 15 to 20 years before they would be expected to start experiencing Parkinson’s-related symptoms.

Reflecting on this discovery, lead author Marios Politis from King’s College London said in a statement that "Parkinson's disease has traditionally been thought of as occurring due to damage in the dopamine system, but we show that changes to the serotonin system come first, occurring many years before patients begin to show symptoms. Our results suggest that early detection of changes in the serotonin system could open doors to the development of new therapies to slow, and ultimately prevent, progression of Parkinson's disease."

While it may still be some time before these new therapies become a reality, researchers hoping to develop them now have an excellent starting point.