Space exploration fans, we’ve got some exciting news. A US company has just become the first private entity to be given permission to land on the Moon, something they hope to achieve next year.

The company is called Moon Express, and they’re planning to send a small unmanned lander called MX-1E to the Moon in late 2017. They already have a launch contract to do this with a company called Rocket Lab, but getting approval for the landing was a major hurdle.

“The US Government has made a historic ruling to allow the first private enterprise, Moon Express, permission to travel beyond Earth’s orbit and land on the Moon in 2017,” the company said in a statement, adding the decision would begin “a new era of ongoing commercial lunar exploration and discovery, unlocking the immense potential of the Moon’s valuable resources.”

Announced yesterday, the approval came from the Federal Aviation Administration's (FAA) Office of Commercial Space Transportation. They said in a statement that they had “made a favorable payload determination for the Moon Express MX-1E mission.” Technically, space belongs to no one. But, under the 1967 Outer Space Treaty, any non-governmental entities that want to operate in space, including the Moon, must have authorization from their government.

Moon Express is attempting to land on the Moon as part of the Google Lunar XPRIZE, a race between 16 private companies to land an unmanned rover on the Moon and have it travel across the surface. Only one of the other teams, Israeli-based SpaceIL, also has a launch contract at the moment. The remaining 14 teams have until December 31 this year to come up with a launch contract to be eligible to take part. 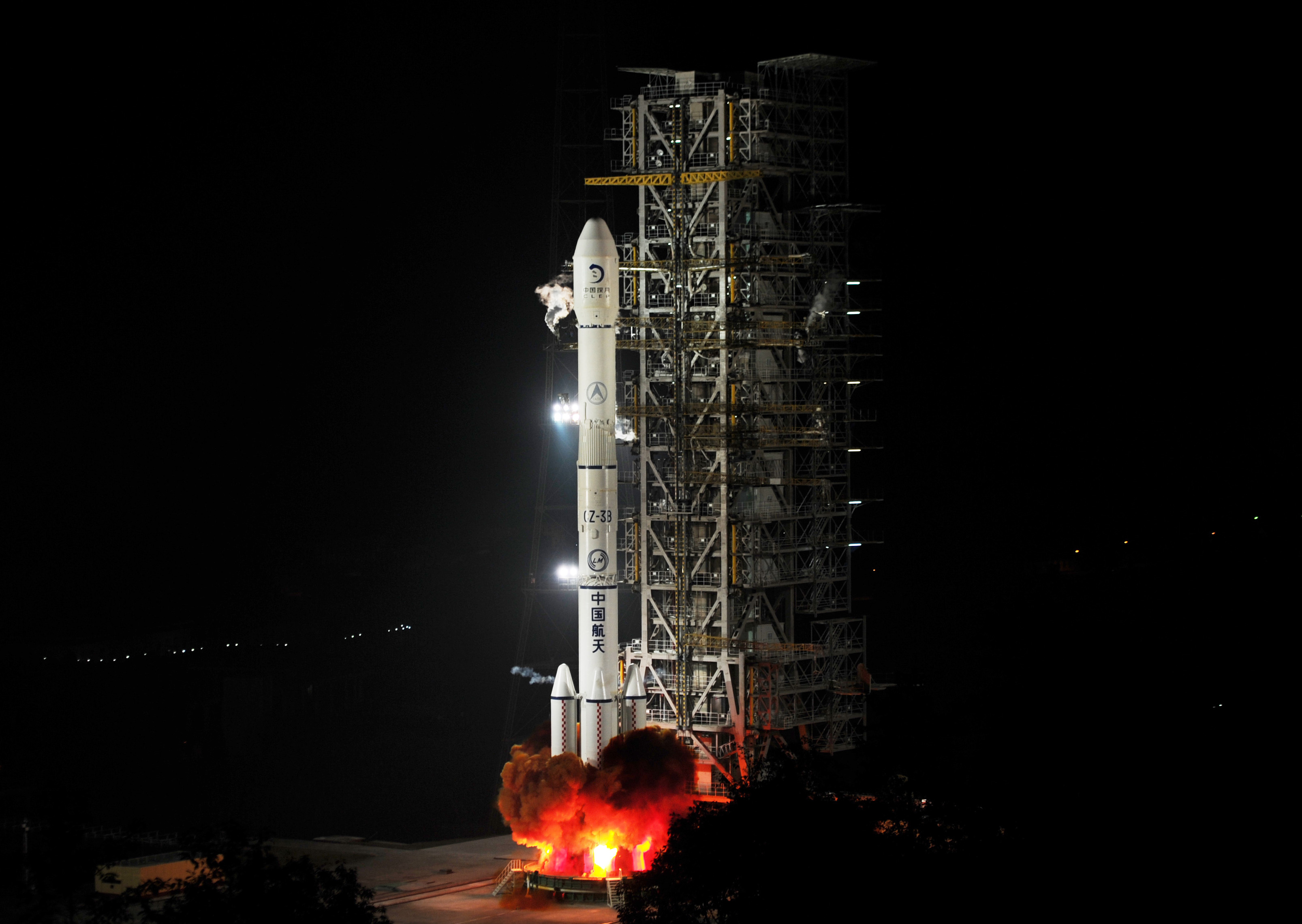 The last mission to the Moon's surface was China's Jade Rabbit rover in December 2013 (launch pictured), which recently was pronounced dead. STR/AFP/Getty Images

To win the competition, a team must drive a rover 500 meters (1,640 feet) across the lunar surface. The first company to do so will receive a prize of $20 million. Second place gets $5 million, and there are various other technical bonuses, such as traveling further.

Moon Express hopes to do this by “hopping” across the surface, although further details are few and far between at the moment. This is the same method favored by SpaceIL, who are also hoping to launch next year, on a SpaceX rocket.

Of course, whether the Moon Express mission will actually be successful is anyone’s guess at the moment. For starters, their launch provider, Rocket Lab, has never actually launched a commercial rocket before. But if it does go ahead, who knows what the future might hold for private space exploration.

“We are now free to set sail as explorers to Earth’s eighth continent,” said Moon Express co-founder and CEO Bob Richards in the statement.