Our four-legged friends have been at our sides for tens of thousands of years, and have been bred into a myriad of different shapes, sizes, and colors. Yet despite our close relationship to dogs, no one has created a detailed family tree of the breeds – until now.

Over a period of two decades, a team of researchers have collected genetic samples from 161 different dog breeds and then compared them all at 150,000 places on their genome. The study, published in Cell, has revealed some intriguing results.

It turns out that the majority of the breeds tested so far (about half of those in existence) fall into just 23 different clades. These groups are loosely based on geographic location, physical characteristics, and skills (like herding or hunting ability). For much of our history with dogs, they were used for practical purposes. It has only been relatively recently – within the last 300 years or so – that they have started to be selected for aesthetic characteristics. 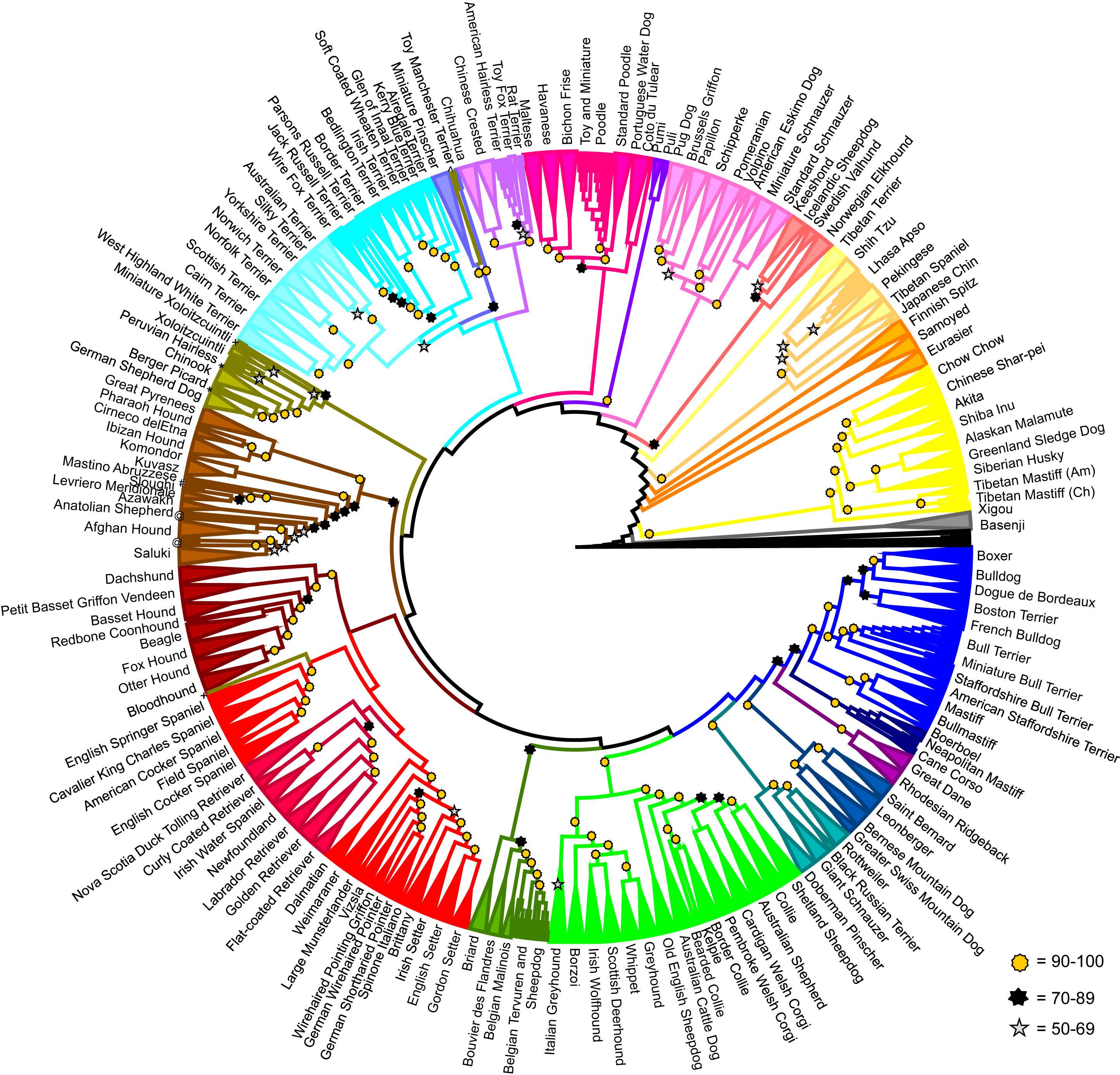 Fascinatingly, the researchers have even traced how certain breeds have been used to create other ones. For example, it turns out that breeders have used pugs, which originated in China and are one of the earliest small breeds of dog, to shrink other European breeds during the 1500s.

But more than simply satiating our desire to know where our furry companions came from, the data they collected can also help inform us about their health. For example, there is a disease known as “collie eye anomaly” that effects, as you can probably guess, collies, border collies, and Australian shepherds. But it is also found in Nova Scotia duck tolling retrievers, which were thought to be an anomaly. It now turns out that the duck tolling retrievers were, at some point, bred with either collies or Australian shepherds, which likely introduced the genetic disease to the breed. 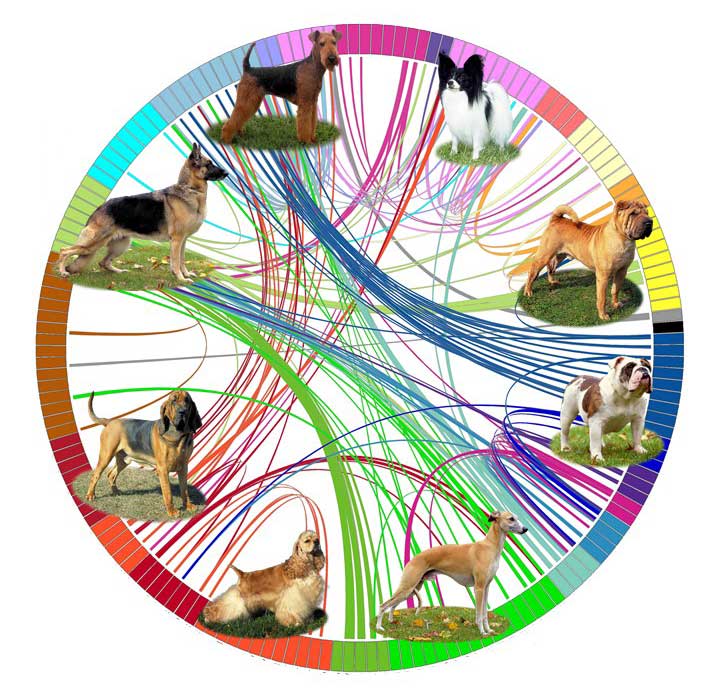 The work is also shedding light on our own movements, too. Archaeological evidence suggests that when the ancestors of Native Americans made their arduous journey across the Bering land bridge around 15,000 years ago, they brought their canine companions in tow. It has long been thought that these original New World dogs were then completely ousted when European settlers arrived with their own four-legged friends just a few hundred years ago.

It seems, however, that the genetics of these New World dogs still lives on in some South and Central American dog breeds. The Peruvian hairless dog and the Xoloitzcuintle – or Mexican hairless dog – both contain DNA harking back to these pioneering pooches.

The plan now is to build on the tree and to try and populate it with the 189 breeds not yet represented.