Parents who don't feel old enough to have grown-up children will know the feeling. A star thought too young to have offspring, particularly something large, has been found to be orbited by a planet much larger than Jupiter. The discovery could overthrow models of planetary formation.

Cl Tau is a 2-million-year-old star that is 450 light-years away. Despite being older than the human race, it is, by stellar standards, exceptionally young. If the Sun was a middle-aged person, Cl Tau would be a week-old baby. Even Beta Pictoris, perhaps the most heavily studied example of a very young star, is 12 million years old.

Unlike humans, stars don't need to properly grow up to become parents to a planetary family, but it is thought protoplanetary disks don't condense, particularly to form gas giants, until after a star has been shining for awhile. “For decades, conventional wisdom held that large Jupiter-mass planets take a minimum of 10 million years to form,” said lead author Christopher Johns-Krull of Rice University in a statement.

Testing that has proven difficult, however. Such young stars that are close enough to study are rare, and usually so erratic in their brightness as to interfere with planetary signs. We would have to be very lucky to find a planet crossing the face of a star this young, so the discovery of Cl Tau b was done the old-fashioned way, using the Doppler effect to measure the planet's gravitational tug on its parent star. 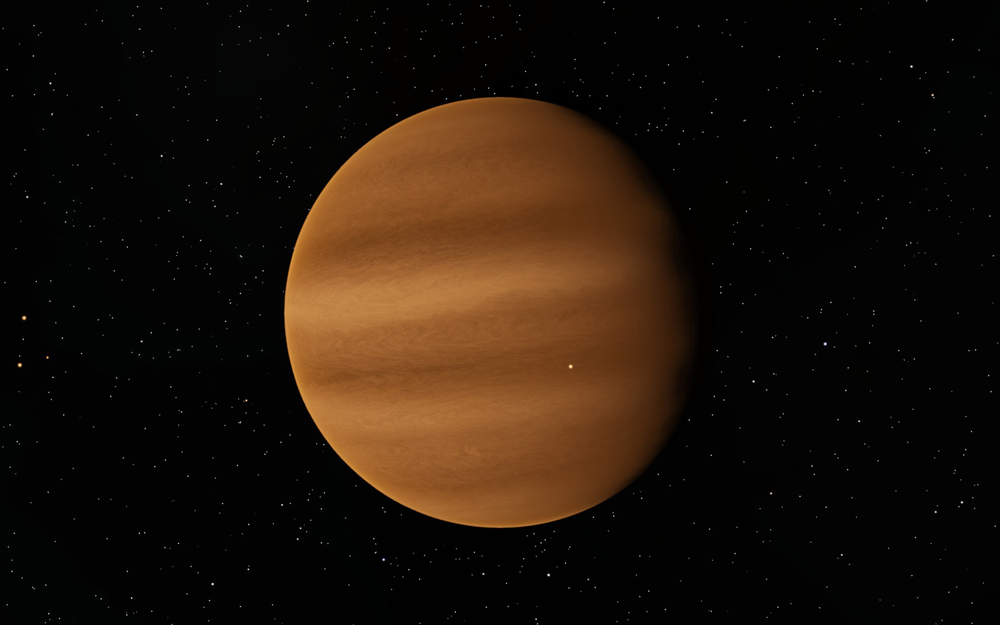 We don't know what CL Tau b would look like, but this image of a gas giant exoplanet might be a good guess. Helenfield/Shutterstock

Although Cl Tau's variability affected observations, Johns-Krull presents evidence in a paper published in The Astrophysical Journal for the existence of Cl Tau b, a planet with a nine-day orbit and mass at least 8.1 times that of Jupiter. If, as seems likely, its orbit is aligned with the remaining protoplanetary disk, the mass is 11.3 times Jupiter's. Cl Tau is about 80 percent of the Sun's mass, making such a close location enormously hot.

Another 140 stars in the Taurus-Auriga region were studied in the same way, but so far this is the only success. The research is an example of how science sometimes requires great patience, with observations starting in 2004. An older, more stable star would have revealed its planet much earlier.

“This result is unique because it demonstrates that a giant planet can form so rapidly that the remnant gas and dust from which the young star formed, surrounding the system in a Frisbee-like disk, is still present,” said co-author Dr. Lisa Prato of the Lowell Observatory. Prato added that Cl Tau b lies close enough to its parent star to have an effect on the formation of potential rocky Earth-type worlds.

Cl Tau b's close orbit casts doubt on the idea that “hot Jupiters” are gas giants that formed far from their star and migrated inwards, and at minimum suggests the process must be very rapid.